Seeking the Truth Amidst the Flood of Construction Project Information

Home
>
Seeking the Truth Amidst the Flood of Construction Project Information 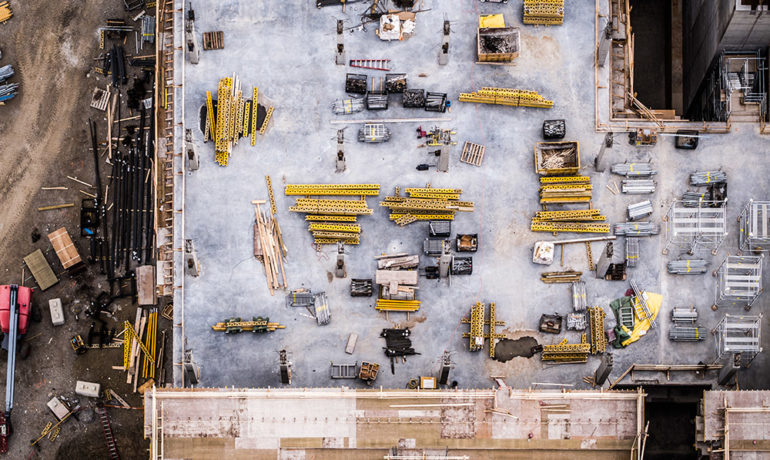 Seeking the Truth Amidst the Flood of Construction Project Information

Jonathan Marsh, industry thought-leader, provides a thought-provoking perspective on the flood of Construction Project data and challenges the notion that truth can be relative within a construction project context.

REPOSTED with permission by Jonathan Marsh

CONSTRUCTION SSOT: “THE TRUTH IS OUT THERE”

“The truth is out there.”

We saw those words flash across the screen for the first time in 1993. Many of us tuned in to watch the struggle of Fox Mulder, a criminal psychologist and believer in all things paranormal, and Dana Scully, a forensic pathologist and avowed skeptic, as they attempted to explain the strange occurrences going on around them – as they went in pursuit of the truth.

In my mind, the show was one of the best examples of how difficult a search for the truth can be. In the show, both Mulder and Scully are presented with the same facts and situations. The fun, for me, was watching their wildly different interpretations.

Over the last three years, the Single Source of Truth (SSOT) has become something the entire construction industry is searching for. The idea, put simply, is that all questions, inquiries, data, and other information for a given project are directed to one location. That location then becomes the source of truth for the project.

The first time I heard someone reference SSOT, the Skully in me scoffed. I have been on both the engineering and the VDC side of construction and have seen how hard getting to the truth can be – let alone finding a “single source” of it. I figured I must be missing something.

I began to listen to people closely when they talked about the details of SSOT. Once I did, the concept became a little easier to swallow. I even began to use the term myself. Despite that, I still wasn’t comfortable with it. I have struggled with the idea of “truth” in the context of construction SSOT and with the idea of trusting a single source.

Truth is always a loaded term. I initially thought that people who used the term SSOT were referring to facts or information. The more discussions I had and the more I listened, though, the more I realized that not only did these people want the facts and information, but they also wanted an authoritative interpretation of them.

This is an important distinction.

Thinking back to the X-Files, I remember Mulder sitting at his computer with Scully over his shoulder as they looked at the same facts and information, only to come away with wildly different interpretations. Maybe it was, in part, because they were asking radically different questions, but it was also because they come from two very different backgrounds.

This means they represent two different interpretive communities, and those two communities were often at odds. The truth for Mulder and truth for Scully were often two different things, even if the initial information was the same. It’s tempting to think the SSOT we are seeking in construction is less open to interpretation. We are not looking for big ‘T’ truths. Instead, we are looking for practical truths – the facts we need to build. In other words, we are looking for the right answers to actual questions.

“Do I use this or that?” “Do you have to put it here instead of over there?”

You would think that at least this level of truth would be easy to determine, but the problem of interpretive communities also exists in construction. In fact, it is often even more pronounced. We have owners, engineers, architects, GC’s, CM’s, and mechanical trades, just to name a few, and each of these groups can have a distinctly different understanding of a project’s goals. Even the purpose of individual documents and what truth those documents are supposed to represent can vary depending on who you ask.

In construction, we are attempting to bring together more communities than most other fields. This means that the challenge of building SSOT is even more daunting. Fortunately, though, there are still groups within construction that commit to building interpretations and understandings across all these groups.

One of the best examples is the Construction Progress Coalition (CPC) and while its purpose is not to create SSOT. It’s work to build a Common Data Exchange (CDX) shares many of the same goals. This Common Data Exchange seeks to align the scope and format of the information being exchanged between different stakeholders within the construction process. It will provide requirements for documentation and data within construction based on an understanding of all parties involved. In doing this, it is building shared truths and common beliefs for the industry.

A CDX has the potential to provide us with an objective measure to use when considering project information. That can go a considerable way toward building some shared truths. Perhaps more important, though, is clarity of information between groups. After all, it is this clarity that allows us to break down barriers of communication between groups. How many coordination challenges circle information that is ambiguous or lacks definition? You can have plenty of evidence, but if it’s not clear, it’s not that valuable.

I will be frank in saying I watched every episode of the X-Files (perhaps more than once), even though I was pretty sure after the first episode that they were not going to get to the whole truth. Regardless, I knew they were going to try.

They were going to move things down that road. One of the best parts of the show was watching Mulder and Scully build their understanding together and find some shared truth. One of those truths, though, was that you couldn’t trust the Smoking Man. This leads me to my other problem with SSOT: I don’t want to believe a single source.

There are a host of sources within a construction project, and each of them has a part to play. These sources have significant value for me. References are an integral part of the truth.

When writing a report, you list your sources. This gives the reader the opportunity to evaluate your information’s authoritative value. The reader can run that information back to the source and evaluate it. When you use many sources, a “reader” can also decide how well that source fits the question they are asking.

As the decision-maker on a job, I don’t want a single source of truth as much as I want the best source. I want the source that brings me the closest to the information. I want the source with the best understanding of the question I am asking. If I have a question that has a direct bearing on the look or feel of the job, I want to ask the owner or the architect or someone whose part in the project was to champion those aspects.

I want to be able to do this even if the documentation seems clear to an engineer or construction manager. I ask questions like this because I have built enough jobs to know that you can have the wrong answer even if you have the right documentation. The last thing I want to trust is someone or something that gives information and directions without revealing their sources.

Unfortunately, my only other option is often to face the mountain of project documentation from all the various sources and in all its different forms. I can picture scene after scene of Mulder and Scully walking through warehouses of filing cabinets.

Even though our current filing cabinets tend to be digital, they can be just as confusing and overwhelming. Here again, the industry is taking huge steps forward, and companies are taking the idea of organizing and leveraging digital information seriously.

I recently began to work with an AI solution called DADO. It is currently in development for the construction market. Unlike many other machine learning solutions, this one is not tied to information generated from a single platform or program. Instead, it ingests current construction documentation, specifications, submittals, RFI’s, operations and maintenance manuals – more or less anything you put on E-paper it will ultimately ingest. From there, it begins to build relationships between the documents.

Submittals find a relationship with their specifications and with the drawings and details they are referenced to. The equipment finds its installation manuals and locations in the building, as well as its mentions throughout other documents. Even the questions you ask are ultimately part of the data DADO uses to tie together the information.

The results were startling – it saved so much time. If it’s only a click to move from submittal to specifications, to drawing details, and finally to an RFI, I have time to look at everything. All these information pieces represent different authorities for the same item. As someone who regularly coordinates jobs and builds fabrication level models, I can tell you I face those competing authorities daily.

It has become the job of the VDC to be the final decision-maker for the fab shop and foreman. Particularly in the fabrication shop, most of the decisions made within the VDC will be turned into actual parts and components of the project. In the field, the foremen plays that role, since he is the last line of defense against inconsistent information and poor decision-making.

More and more, the foremen are forced to look to project management and VDC departments because they lack the vital planning information needed to make good decisions. Fortunately, DADO acts as the digital truth-seeker, putting them back in the decisions loop by giving them fast access to information and sources so that they can make more informed decisions.

I think this will bring the foremen back to the center of the project build in a way that even the more traditional last planner or pull planning type workflows have. It will also give those planning sessions the information they need to be more effective. Digital truth seekers can give VDC and PM’s easy access to that information and those sources, which helps them make better upstream decisions. All of this will have a tremendous impact on the build team’s ability to make the right choices at the time of construction or installation.

“The truth is out there,” and we’re all looking for it. It might not be SSOT, but looking for SSOT has improved the industry and inspired a lot of people to take a hard look at the truths within construction. Just like the X-Files, I look forward to watching the next episodes and seeing how those truths unfold.