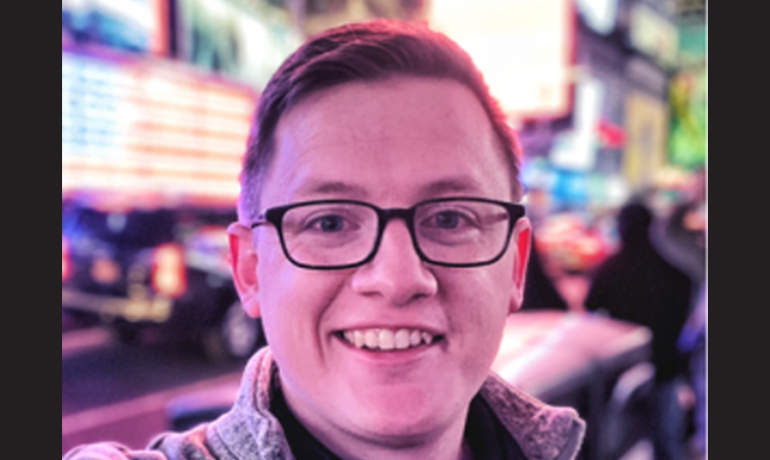 For the last year, Walker Lockard has been an invaluable asset to DADO’s team as one of our Customer Success Managers.

How did you discover your passion for construction technology?

I went to college for construction, when I interned as an Assistant Project Manager. After graduating, I started as a Project Manager and was also a Building Information Modeling (BIM) Coordinator. Then after that, I took on the role of Applied Technologies Specialist. I’ve been with DADO as a Customer Success Manager since September 2019, so a year on the money.

What do you find is most beneficial to the trades when they begin looking for technology for their teams?

Is it meat and potatoes or is it candy? Meat and potatoes are nutritional, they may not be the tastiest thing, but it’s what your body needs. Or there’s candy, that is more like a dessert, that your body doesn’t need but it’s a treat and tastes good. Technology should be similar. Focus on solving the pain points that you have in our organization or what you’re trying to supercharge, and find the best solution that takes care of your needs first.

For companies that have already figured that out for their labor force, then DADO is more like candy. We do something cool, but at the end of the day, we’re more of an add-on versus something they need for the health of their company.

What do you find are the biggest challenges when it comes to implementing technology?

It’s less of a software thing and more of a human thing. A lot of times in implementation processes, the people who get put in charge of implementation don’t necessarily have the time or the resources to implement or really try out the software. So early on in our process, we start asking “does this person have the time in order to push this through? To manage this initiative? Is there someone else who can help make this successful?” So, this person might be given permission to implement something, but they weren’t really given authority or have the ability to, so that’s another component we’ll see.

What has been the most interesting thing you’ve learned since joining the DADO team?

As a geek-type person, I’m always looking for the bells and whistles or the cool features. Working with the DADO team has shown me that the best way to win someone over for your initiative isn’t to show them how cool something is, but rather to show them how it eases their pain.

Do you have a client success story you can share?

One circumstance was where a drafter was about to release some drawings to get prefabricated. Because he was using DADO, when he searched for something, he found out there was an RFI he didn't know about for the drawings he was about to release. So he found this RFI, opened it up, and realized that he drew everything wrong. That immediately stopped him from exporting all this stuff, sending it to prefab, potentially assembling it - which could have gone as far as, you know, getting installed and then having to be completely redone.

At every step, there's an opportunity for an issue to be discovered. It doesn't necessarily mean that it would have gotten that far, but DADO helped them identify an issue before it got to that point saving both the time and money of rework.